When the Immune Systems Attacks, Ask Why by Dr. John Upledger 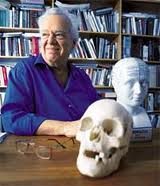 By John Upledger, DO, OMM

My life experiences have forced me to embrace a radical concept: tissues, cells, even DNA molecules each have their own individual consciousness.

This concept was not easy for me to accept.

It flies in the face of my early psychological studies that focused on physiological and behavioral schools – virtually risk-free if your bent is toward the rational, scientifically proven, one-step approach. For me to consider that biosystems have individual consciousness was a huge leap of faith. My ongoing study of biochemistry has helped broaden my acceptance.

Years ago, I was extremely fortunate to have as my mentor Dr. Stacy F. Howell, the same man who discovered that enzymes were proteins. A Nobel laureate runner-up, he retired at the same time I received my doctorate in osteopathic medicine. As many do at that stage, Dr. Howell wanted to share the wisdom he had accumulated over years of teaching and research.

He showed me that each atom is a solar system: its nucleus is like the sun and its electrons are like the orbiting planets. He described molecules as interacting solar systems with tissues as mini galaxies. In my mind, he built a model universe composed of the atoms and molecules drawn together to create any matter or structure that might exist. The matter is the universe. Size is the only factor that differentiates what we consider our cosmic universe to be.

For me this was all happening in the early 1960s. Yet I continue to hold these concepts, not only because they still feel true but also because the model that has evolved from these seeds is extremely useful in patient care.

One recent example is Edith*, a 74-year-old woman who had been diagnosed at the Mayo Clinic with autoimmune disease of the liver. The first thing I did when she came to see me was put my hands to work. Using CranioSacral Therapy, I was immediately drawn to her liver and lower throat in the area of her thymus gland. Her craniosacral system vitality was also markedly reduced.

I blended with Edith and, as we became one, I was moved to ask her immune cells why they were attacking the liver cells. I asked her if she would allow her immune system components to speak with me using her vocal apparatus, and she agreed.

First, I asked her thymus gland if it would be willing to communicate. Edith’s voice gave an enthusiastic “yes.” So I asked the thymus if it knew about the immune cells destroying liver cells. Through Edith, the thymus explained that these were abnormal liver cells being destroyed. The attacking immune cells were macrophages working under thymus gland direction. I asked the thymus if it knew what happened to the liver cells to make them abnormal. Once again, the answer was yes.

Here’s what I got: About four years ago, Edith had received x-ray therapy for some malignant growths that had been surgically removed from her colon. The effect of the excessive x-ray exposure was to change the nature [DNA] of some of the liver cells. These changed cells then divided and produced more abnormal cells. This had been going on for a while before the thymus received information about the existence and multiplication of the changed liver cells. Now it was the immune system’s job to clear the abnormal cells from the liver.

Through Edith, the thymus agreed, so I suggested recruiting stem cells from the bone marrow to go to the liver and develop normal liver cells. Stem cells are capable of creating new and compatible cells in almost any tissue they visit. The bone marrow acts as a holding residence for these stem cells, where they await their instructions.

As I continued to communicate with Edith’s body, I could feel energetic activity taking place under my hand. In less than a minute I could feel new and different activity in the liver. Toward the end of the session, I did some simple craniosacral balancing. Subsequently, Edith had six follow-up sessions with one of our staff therapists, who administered general craniosacral therapy.

Eleven days after her last session, blood tests showed significant improvement in liver function. Edith also reported much more energy and vitality. Repeat liver tests less than three months later were all within normal limits. Had we not established dialogue and rapport with the consciousness of Edith’s immune sytem, she may well have been treated with immunosuppressant drugs to stop the macrophages from “attacking” the liver. The abnormal liver cells would probably have continued to multiply, and perhaps liver failure or possibly cancer could have resulted.

It certainly seems worthwhile to try something as harmless as dialoguing with the consciousness of body systems, organs and tissues before taking more invasive steps. Of course, it also requires more healthcare professionals to honor the possibility that cells have consciousness. I remember the teachings of Dr. Stacey Howell and continue to hold great hope